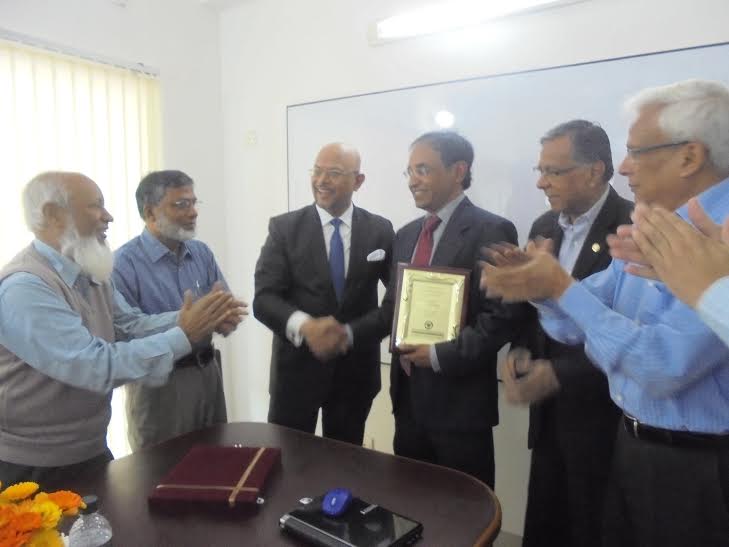 Dr. Tapantosh Chakrabarty, the first runner of Bangladeshi origin to have completed 7 marathons in all 7 continents at the age of 64 and 29 marathons all together starting from the age of 50. He is the third marathon runner among India, Pakistan, and Bangladesh who has achieved such rare feet. Not only has he excelled in marathon but also in the modern evolving Science and Technology. He has an outstanding 30-year career with Imperial Oil, the world’s leading integrated energy producing and refining company and is one of Imperial’s most prolific Inventors, with 39 patents to his credit – six of them in 2009 alone.

Recently, while he was in Bangladesh, he visited ERI and shared his extraordinary experiences with ERI team. He urged ERI personnel to take pride in what they do as he believes ERI is one of a kind of its type and will be the largest engineering company in Bangladesh under the guidance of such an extraordinary leader, Mr. Akber Hakim, MD & CEO of Engineering Resources International Limited.