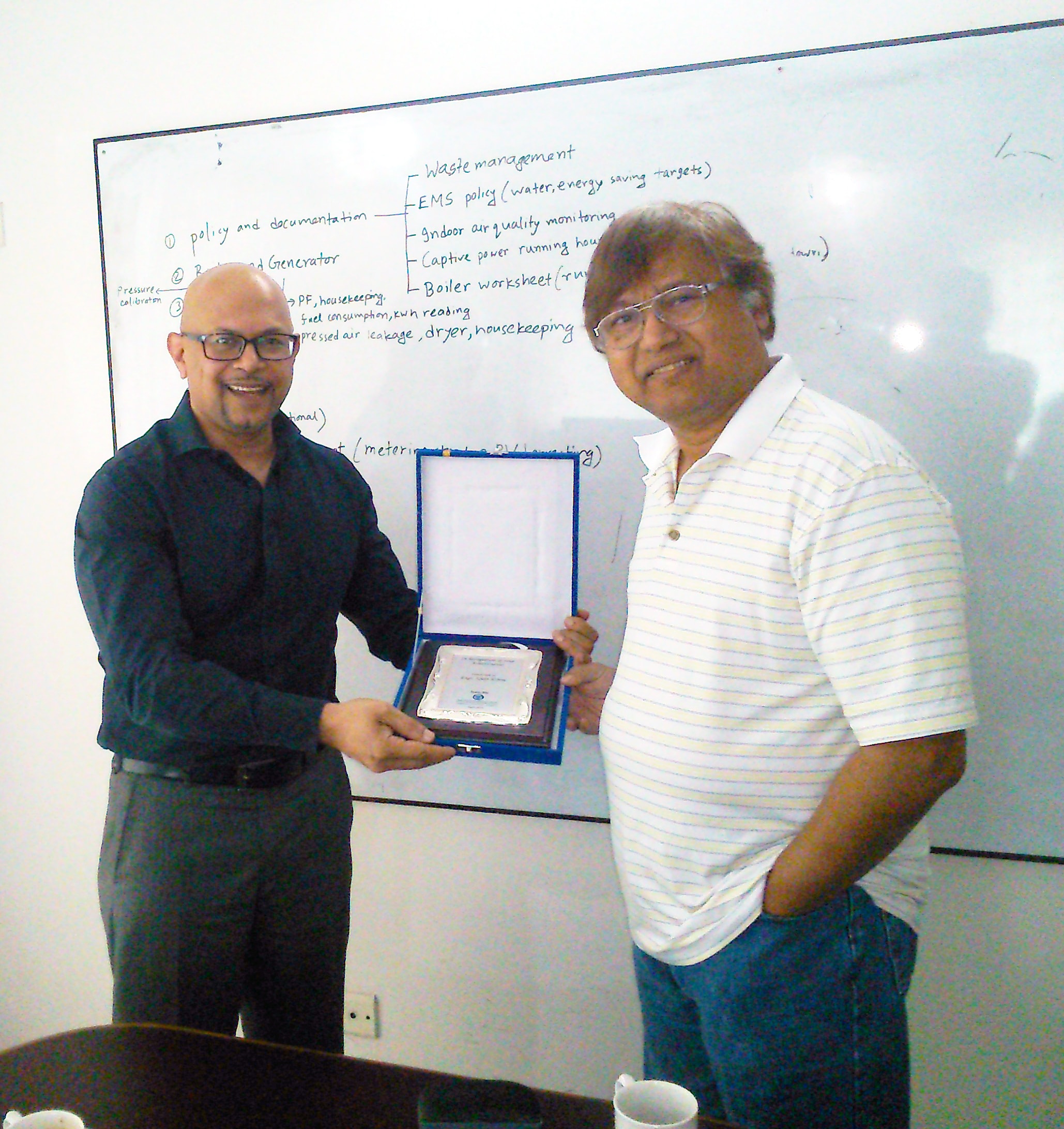 Engr. Khan Kibria, renowned chip designer from Silicon Valley, USA, visited ERI while he was in Bangladesh. He worked in a number of Fortune 500 companies for a very long time and then decided to become an entrepreneur.

He is the owner of SoCscope, a chip designing company, based in Austin, Texas, which is engaged in providing design automation (EDA) tools for semiconductor chip and intellectual property (IP) designers.
He shared his experiences with ERI team and his close involvements with projects that include developing the main chip for fleet navigation of Singapore Airlines and designing integrated circuit for power management in modern cell phones.

At the age of 50, he found out his true passion for music. He shared his extraordinary journey of learning music and how it seemed impossible initially. After three years of music school, he conducted several orchestras, and started composing his own music.

He also played a musical piece of his own composition explaining how music stimulates brain and tunes human emotions. He motivated ERI staff with his optimistic view on life and described how the success in life begins with the thought process of nothing is impossible.

He urged ERI personnel to take pride in what they do as he believes ERI is one of a kind of its type and will be the largest engineering company in Bangladesh under the guidance of such an extraordinary leader, Mr. Akber Hakim, MD & CEO of Engineering Resources International Limited.